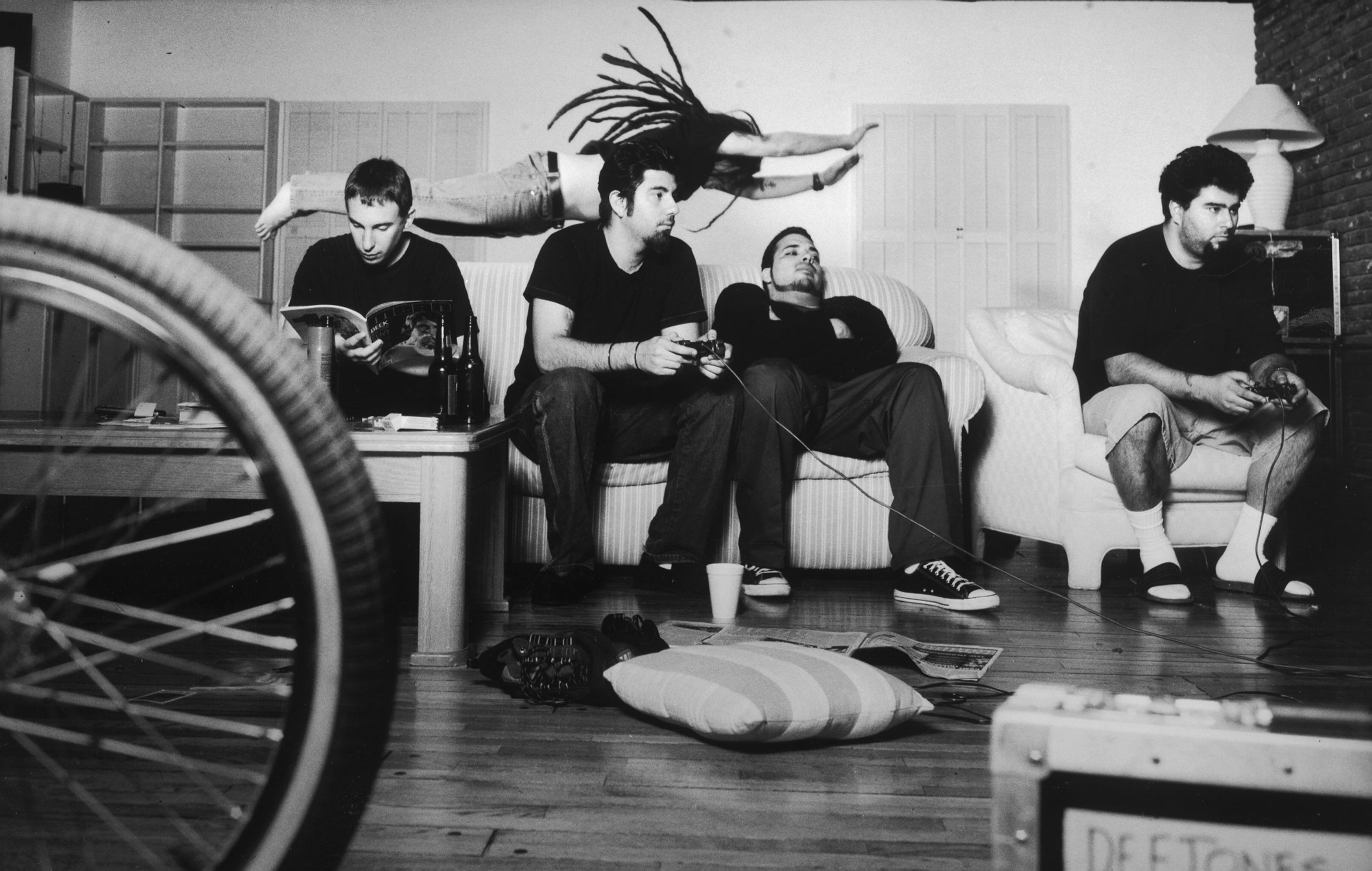 Deftones have shared the remix of ‘Teenager’ by The Cure‘s Robert Smith, taken from their upcoming ‘White Pony’ remix album ‘Black Stallion’. Hear it first on NME below.

Read more – “This record embedded in our brains”: The endless power of Deftones’ ‘White Pony’

To celebrate the 20th anniversary of their seminal third album ‘White Pony‘, the Sacremento art-metallers will be releasing a remixed version of the record entitled ‘Black Stallion‘ – featuring reimagined takes on tracks by the likes of Tourist, Squarepusher and DJ Shadow. After sharing remixes from Purity Ring and Linkin Park’s Mike Shinoda, now the band have unveiled Smith’s atmospheric approach to ‘Teenager’. This comes after Deftones were hand-picked by Smith to perform at his curated Meltdown Festival back in 2018.

“It’s amazing to hear Robert rework one of our songs and sneak his voice in there,” Deftones frontman Chino Moreno told NME. “If you’d have told me that when I was 15-years-old, I would have lost my fucking mind and not believed a word you were saying. It was a dream.”

The new release is part of a busy year for Deftones, who dropped their acclaimed ninth album ‘Ohms’ back in summer. The idea for ‘Black Stallion’ however, dates back to the year 2000 when the band approached DJ Shadow to remix the whole album before it was even recorded.

“We’d talk about the record before we’d done anything and say, ‘Our new record is going to be so good that we’re going to have DJ Shadow remix it’ and we’ll call it ‘Black Stallion’,” said drummer Abe Cunningham. “I was DJing and opening for him before me and Chino cornered him at The Cattle Club [in Sacremento]. We were like, ‘We want you to remix our record!’ He looked at us like we were crazy and said, ‘Send it to me and I’ll listen’. We told him, ‘We haven’t actually written or recorded it yet…’ It was batshit crazy of us, but what’s more crazy is that now he is part of it.” 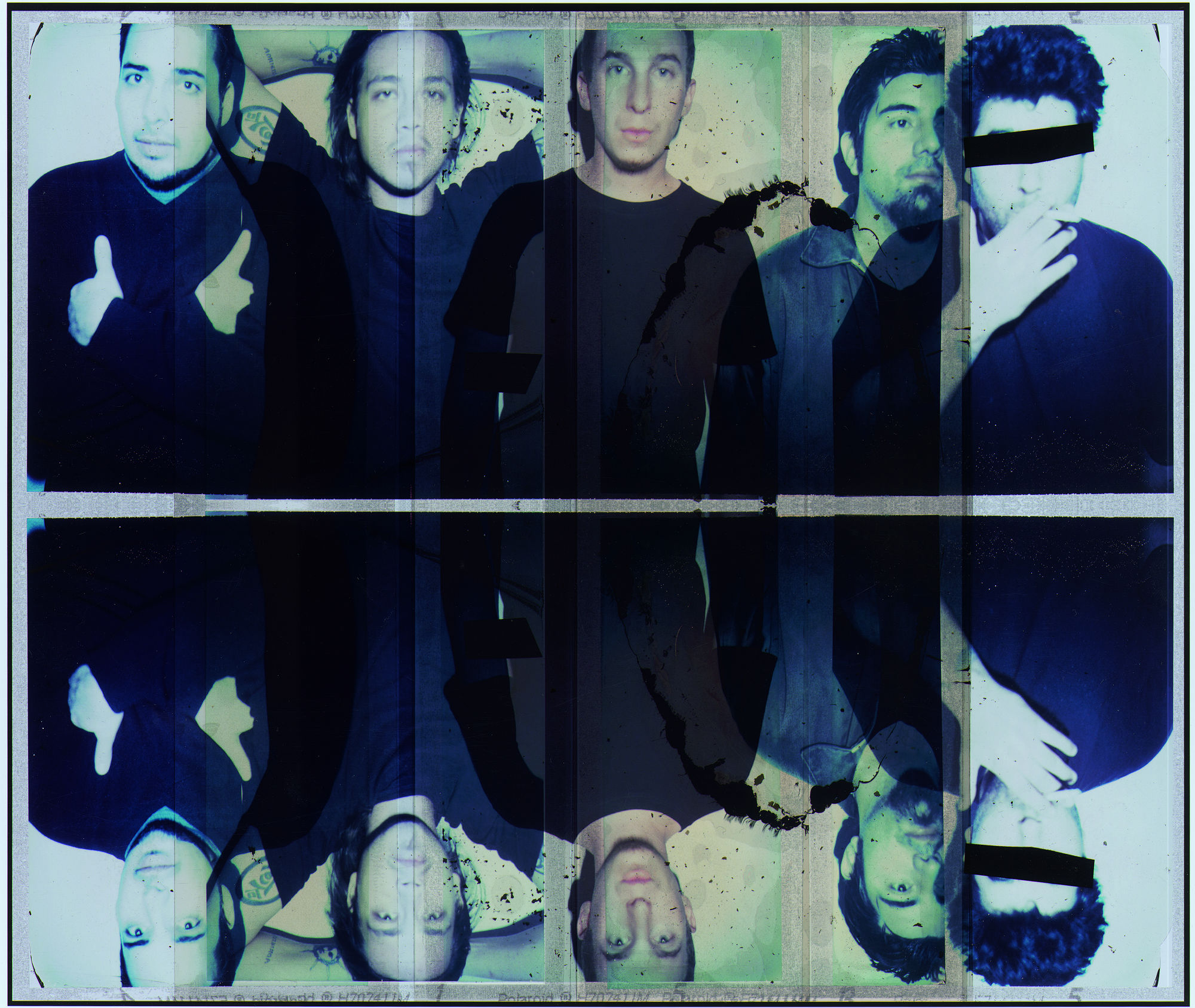 Moreno told NME that he was proud of how it turned out, decades later and with a plethora of more names involved.

“I’m kind of glad that it happened now,” Moreno told NME. “The original idea was for DJ Shadow to remix the whole record and as cool as that sounds, it’s kind of neat now that we got a whole bunch of different artists to give their interpretation of the song that they remixed. As a music fan, it’s exciting to have all of these artists together.

Read more – Deftones on ‘Ohms’: “Even in our worst moments, we persevere”

“When I was listening to it recently on my bike, it was just so cool to hear all of these different elements come back but with a new life brought into it by these interpretations. It’s not so we can sell a million copies or get played on the radio, it’s really for fans of the record. It’s cool.”

Deftones’ ‘Black Stallion’ hits streaming on December 11, before a CD and vinyl release which you can pre-order here. Check out the full tracklist below.

Deftones are set to hit the road in 2021, including an appearance at Download Festival. Moreno is also working on new material with his side-project Crosses.

Having performed guest vocals on Gorillaz’s ‘Strange Timez‘ from their new album ‘Song Machine: Season One‘, Robert Smith recently confirmed that he’s spent the year “finishing off” The Cure’s new album as well as a solo record.

Source: Listen to Robert Smith of The Cure’s dreamy remix of Deftones’ ‘Teenager’